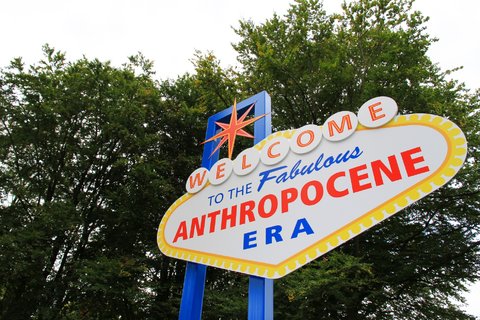 We hope you’ll come to our special session, “Literary History for the Anthropocene,” on Saturday January 7 at the upcoming MLA convention in Philadelphia. Feel free to address any queries to me at ted.howell@temple.edu

Here’s the listing as it appears in the program, including the date and time:

518. Literary History for the Anthropocene

Here’s a complete description of the panel, with details about each paper.

All accounts of the Anthropocene stress that the separation between a nature separate from human history and a culture distinct from nature is no longer viable in an age where humans have profoundly affecting the earth’s climate. But while many definitions of the Anthropocene by scientists present the idea as startlingly new — as a story of awakening — historians and literary critics have been quick to point to theories and descriptions of climate change in works from the nineteenth and twentieth centuries. What the study of literary works contributes to this conversation, as our panel demonstrates, is a focus on how climate change is represented in imaginative works of fiction and how these representations respond to and shape wider cultural conceptions of climate.

Any understanding the Anthropocene and the narratives it engenders, our panel argues, will remain inadequate if it omits the central role played by literary representation and aesthetics in shaping human capacity to understand (and misunderstand) the slow, largely invisible process of climate change.

Seth Reno begins the panel with a wide-ranging talk outlining a new way of envisioning literary history, necessarily transatlantic and transnational in nature, that allows us to see the fluidity and continuities between and across the Romantic, Victorian, Modern, and Postmodern eras: in effect, a “Literary Anthropocene.” Building upon material from his book manuscript, Reno’s paper shows how literary and artistic representations of climate change have played a central role in how we think about globalized climate change in politics, philosophy, and science. This intimate connection between aesthetics and ethics means that tracing the history of these representations throughout the Anthropocene can tell the story of how we have thought about and conceptualized climate change; how global warming became so politically divisive in the late twentieth and early twenty-first centuries; how we can still develop an effective ecological politics; and how a literary history of climate change allows us to rethink traditional periodization and disciplinary boundaries.

Moving from Reno’s overview into a single work that itself adopts a vast timescale, Peter Adkins argues that Virginia Woolf’s Orlando is a novel telling a history that moves beyond a culture-nature binary and in its portrayal of the changes in England’s in the modern era. Noting the book’s path from an early modern “Little Ice Age” to  the “thousand chimneys” of the Industrial Revolution and its representation of the pollution that accompanies them, Adkins shows how Orlando fuses the genre of biography with environmental history. Moreover, just as Orlando queers the conventions of biography, Woolf’s portrayal of a ceaselessly shifting nonhuman environment, a “Nature, who has played so many queer tricks upon us,” challenges the epistemological and discursive foundations of environmental history itself and speaks clearly to recent theories of queer ecology. Ultimately, Orlando is a work that is not only invested in telling a history of the nonhuman environment but in re-examining and queering how we tell that story, thereby interrogating how we historicise the non-human and asking the questions of history that Anthropocene is now demanding of us.

Transitioning from a formally nebulous book into formal strategies that make climate nebulous, Rebecca Walsh’s paper asks not how we “time” the Anthropocene or identify particular moments of anthropocentric or anti-anthropocentric dynamics circulating in literature or culture, but rather seeks to examine strategies of prolepsis and analepsis of anthropocentric arrival — narrative leaps forward and backward in time, respectively — that route human-earth relations through past or future timeframes. Walsh notes in the academic and middlebrow geography of the early twentieth century (in works by Halford J. Mackinder and Ellen Churchill Semple) a series of “temporal dodges” that seek to distance human civilization from the limitations of the earth’s influence. Noting similar temporal deferrals of the anthropocentric reflected in a range of modernist texts in the period (short stories by Willa Cather, Henry James, and EM Forster), Walsh joins geography and fiction to demonstrate how rhetorical performances of anthropocentric deferral help the shape the conditions of environmental unknowing in the early decades of the twentieth century.

In 2001, Marshall Brown wrote in an introduction to a MLQ special issue on periodization that “Romanticism is not a relevant concept–and hence not a problem–for geology, just as, conversely, the KT boundary does not trouble us much in the English department.” But if we take the argument of the Anthropocene to heart, not only must literary histories learn to be troubled by geological ones, but geology can learn from a literary history for the Anthropocene.